Tour of the Ards Peninsula

Described as one of Northern Ireland’s hidden treasures, the Ards Peninsula and Strangford Lough fully deserves the title of an Area Of Outstanding Beauty. A lap of the Peninsula by car can take less than a couple of hours, but take a day and you will have plenty of time to make several stops and enjoy what the area has to offer. 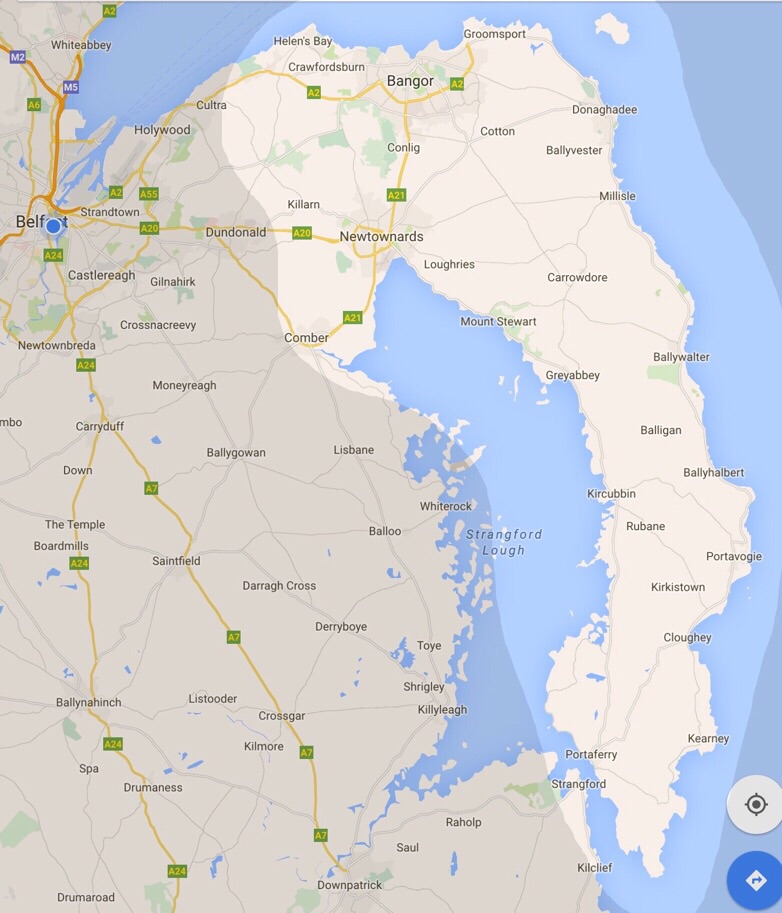 Nestled right at the top of County Down, Bangor has lots to offer visitors, from leisurely walks through country parks, to mini steam train and pedalo swan rides at Pickie Fun Park. The town also has lots to offer shoppers, including a good selection of coffee shops and ice cream parlours in which to relax and treat yourself.

Moving a few miles eastwards and hugging the coast, brings you to the village of Groomsport with its picturesque harbour, popular with the sailing fraternity.

Next stop along the coast is the historic town of Donaghadee. In the past, the town was a main crossing point to and from Scotland. Grace Neill’s in the centre of the town, is one of the oldest pubs in the country – and a mighty fine establishment for a good meal. If sea angling is your thing, fishing trips leave twice daily during the summer months. For more information visit http://www.nelsonsboats.co.uk/donaghadee-fishing-trips/

At the end of the large harbour sits an impressive lighthouse that overlooks the bay and the Copeland Islands that lie a short distance offshore. Over looking the town on a nearby hill sits The Moat, a defensive outlook from days of old.

Most of the towns and villages along the coast are separated by only a few miles, and this is true of the next village of Millisle which is popular with caravaners and holiday homes. A little further inland is the beautifully restored Ballycopeland Windmill which dates back to the late 1700s.

Heading just a little further south, you will arrive in the beautiful village of Ballywalter, complete with another large harbour and no less than two magnificent beaches.

Further down the coast lies Ballyhalbert, the most easterly village in Ireland. The flat lands around the village lent itself as an ideal location for airfields during World War Two. Many of the old runways and building still scatter the area and in fact Kirkistown, Northern Ireland’s premier motor racing circuit is built upon one such airdrome.

On past Cloughey and nearing the bottom of the Ards Peninsula sits the olde world hamlet of Kearney. Complete with its white washed cottages and peaceful coastal walks, Kearney, which is owned and maintained by The National Trust, is a beautiful example of times gone by.

Shortly after heading further south you will pass Quintin Castle on your way to the town of Portaferry. A great destination to stop for an hour or two, Portaferry is famous for its spectacular scenery and of course, the ferry boat that crosses ‘The Narrows’, the fast flowing sea waters that lead into Strangford Lough. The town is also home to Exploris, a superb aquarium showcasing some of the vast range of sea life found in Strangford Lough (Exploris is currently closed for renovation). One of the province”s longest running festivals, The Portaferry Gala, runs for a week in mid July each year attracting thousands of visitors and ending with grand float parade on the last Friday evening.

When in Portaferry, you can cross over by ferry to Strangford village on foot or by car and get a superb view of both towns from the sea. The ferry crossings run every half hour from each side, giving you ample time to dander round Strangford village or watch the boats sail up and down the lough.

Back on dry land on the Portaferry side, instead of taking the main road to head back up north, follow the coast road along the shores of Strangford Lough – it can be quite narrow and twisty in a few places but well worth the extra few miles for the spectacular scenery. Follow the road and it will lead you back onto the main road (A20) towards Kircubbin. Along the way you will come across The Saltwater Brig, a popular place for food and refreshments, before arriving in the sleepy harbour village of Kircubbin, once a thriving market and busy port.

Four more miles northwards lies the ancient village of Greyabbey, where it is well worth a stop to walk around the monastic ruins of Grey Abbey from which the village gets its name. The quaint village also hosts several charming antiques shops where you can grab a bargain , or be spoiled for choice for a cuppa and a bite in one of the cafés and restaurants.

Situated a few miles further northwards is the majestic Mount Stewart House and Gardens. This 18th century stately home is in the care of The National Trust and hosts many events throughout the year. The unique micro-climate of this part of the peninsula allows a very wide range of exotic plants to flourish in the extensive gardens of Mount Stewart.

The stunning coastal scenery around Strangford Lough continues as the road winds its way up to Newtownards town at the head of the lough. The Londonderry Monument, or Scrabo Tower as it is better known, overlooks Strangford Lough and well worth strip up the hill for a vista that will take your breath away.

As one looks down over Strangford Lough from Scrabo hill, a turn of the head to the right will land your eyes on the market town of Comber, famous for its potatoes and for being the home of Thomas Andrews, the designer of the world’s most famous ship… The RMS Titanic.

Just outside Comber and a must for the family, is the superb bird sanctuary at Castle Espie. Home to a huge variety of bird life, informative walks and a great visitor centre where you can enjoy a coffee and a bite to eat, Castle Espie makes a great day out for all the family.[/vc_column_text][/vc_column][/vc_row] 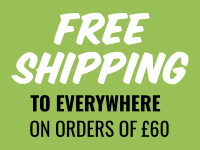 During the current crisis, SHIPPING will be reduced to MONDAY and THURSDAY. Last orders* 10am (GMT). Dismiss

We use cookies only to ensure that we give you the best experience on our website. No data is shared with anyone else. If you continue to use this site we will assume that you are happy with it. Ok, got it.